A few years ago, I gained the motivation to train everyday after being taught to time travel by a Kung Fu master in China. Today, it‘s your turn…

Between 2006 and 2013, I was fortunate to live in the province of Sichuan, deep in the heart of mainland China. When my wife and I landed in Chengdu airport, on a cold winter day in March 2006, neither of us spoke Mandarin and we knew relatively little about the local culture. How we ended up in the city of Chengdu is a story for some other time, but upon our arrival we found ourselves instantly surrounded by 10+ million Chinese people, most of whom spoke little to no English. At first, the culture shock was intense, even though we had spent the previous year in South East Asia. Looking back, I realise that this was a small price to pay for the unique opportunities we encountered. What I learned there during those years helped me tremendously in many ways. One important lesson was how to regain and keep control over my own health.

Chinese culture is an ancient one and an important part of it focuses on health and longevity. In every city, you find apothecaries packed with pots and jars filled with dried herbs, roots, mushrooms, insects and other wonders. In every neighbourhood, you can see elders taking care of their grandkids, or playing mah-jong, or doing all kinds of physical activities. In the early hours, you can see them practicing Tai Chi in public parks. In the afternoon, you can see them exercising in public “gyms”. In the evening, you can see them dancing in public squares. To my surprise, I never saw a mobility scooter or a Zimmer frame. Most Chinese elders can move around without mechanical assistance. In many ways, they are far healthier than their western counterparts. Most of them are mobile, flexible and some keep strong. One of their longevity secret begins with the knowledge of Qi.

Qi better known as ‘Prana’ in Hinduism or ‘Life Force’ in the West, is the central underlying principle in both Chinese traditional medicine and Chinese martial arts. It is described as a vital energy whose flow must be balanced for good health and longevity. Qi Gong, the practice of cultivating and balancing Qi, consists of gentle flowing movements and breathing exercises.

Prior to going to China, I was aware of Qi. My Judo teacher had introduced it to me from the age of 7. This idea has been forever popular across Asia, from India to Japan. But, it’s while I lived in China that, for the first time, I could see with my own eyes the stark difference in health between a population who had cultivated their Qi throughout their lives and one who had not. On one hand, most Chinese elders continue to use their ancient knowledge of Qi to keep themselves healthy. On the other hand, very few people in the West are aware of it and consequently most of them loose their flexibility and mobility much earlier in life.

Whilst living in Chengdu, I had the immense honour to learn more about Qi from a true Kung Fu master, Shifu Li Quan. To this day, I have not met anyone as passionate and as dedicated to martial arts as he is. For many years, he travelled across China to perfect his skills. Over the last decades, he has taught Kung Fu to soldiers, police officers, bodyguards and civilians. Since 2008, his school in Chengdu, Kung Fu Family, welcomes students from all around the world. Our paths crossed only briefly but I will forever be grateful for all he has taught me.

One of the first things I learned for Shifu Li Quan was the meaning of the word Kung Fu ( Chinese: 功夫; Pinyin: gōngfu). To my surprise, he revealed that it simply means ‘practice’. It also means time, effort, achievement, skill, art and workmanship but most importantly, it means practice. Not just in respect to martial arts, but in respect to any acquired skill. Kung Fu applies to calligraphy, painting, playing music, or even cooking. Practice. Practice. Practice. Everyday you must practice!

One day after training, Li Quan told us a story that has stayed with me ever since. He told us of a man he had met during his travels across China. That man began learning Kung Fu much later in life than most, in his early fifties. But his dedication to training was as strong as that of younger students. And for years, he trained every day. When Li Quan met him, the man was in his seventies and after twenty years of daily practice, he had become a Kung Fu master. And even in what would be considered old age, he was healthy, agile, fast, and strong.

Those of you who have read the book ‘Outliers’ by Macolm Gladwell will be familiar with the 10,000 hours rule: it takes on average 10,000 hours of practice for anyone to master a skill. If you train for one hour every day, it will take just over 27 years. If you train for three hours every day, it will take just over nine years to become a master. Well in my opinion, Malcom Gladwell simply rediscovered in 2008 something Chinese people have known and used for thousands of years.

Now, let me show you how time-travel can help you stay motivated to get out of your comfort zone every day and exercise. Use this technique next time you’re sitting at work or at home and you’re struggling to get up and go for a walk, a run, a swim, or whatever exercise you may have in mind. But, before I begin, I invite you to first see for yourself what I witnessed first hand in public “gyms” found all across China. Please have a look at the brief video below (3min33sec) uploaded by Youtube User The Strenth Project. I would really like for you to understand what your future could look like…

Let’s begin. First, we are going to leap forward in time. To your 75th birthday, to be precise. Please close your eyes and project yourself into the future you desire. You saw in the above video what is achievable. What do you wish for? How healthy would you like to be on that birthday? Would you like to be able to walk, run, jump and play in the park with your kids and grandkids? Close your eyes and for the next few seconds, simply imagine just how mobile, flexible, agile and strong you would like to be on your birthday…

Now pause there for a second and ask yourself this simple question: If the day before your 75th, you were capable of doing all that you wished for because you were practicing doing it, how likely would your wish be granted the next day?

Most likely. Wouldn’t you agree?

Next, we are going to start moving back in time. But not too fast at first. Let’s roll back to the day before your 75th. Pause there for a second and ask yourself the same question: If the previous day, you were practicing all that you wished for, how likely would your wish be granted on the day before your 75th? Most likely too.

Now you get the gist, roll back time always asking the same question. Day by day at first, then weeks, then months and finally years. Don’t roll back all the way to today though. We don’t want you to experience one of those awful time-travelling paradoxes.

Roll back to exactly one year from now and stop there. Ask yourself this question: One year from today, considering how regularly you currently exercise, how likely will you be as mobile, flexible, agile, and strong as you wished to be for your 75th?

Most likely? If so, that’s great. You must be training regularly already. If not, it’s never too late. You know what to do: practice, practice, practice. Everyday remember the true life story of the fifty year old Chinese man who became a Kung Fu master in his seventies.

A Secret Hidden In Plain Sight

Qi is the key to time travel and longevity. All across Asia, many eastern elders know and embody that secret. Exercising is akin to sending Qi life force to your future self. Once you begin to do it regularly, you build up your ability to send vital energy further and further into your future. Exercising regularly will make your future self faster, stronger, healthier, more mobile and more agile. It will help you live longer.

And for anyone who has been thinking about exercising more regularly, I strongly recommend to begin with 10 minutes of Qi Gong every morning. It’s easy and anyone can do it. Check out the video below.

This is one of the path to longevity. One that has been practiced every day by millions of people for thousands of years. If you are interested in becoming one of the lucky super agers, I invite to consider entering the Optimum Health Challenge. 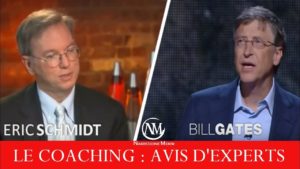 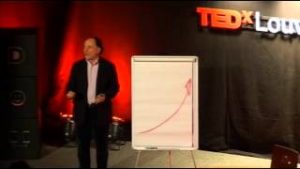 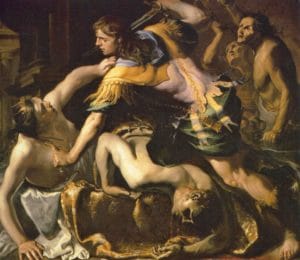 Made with ♥ by Joseph Gignoux.

Made with ♥ by Joseph Gignoux.